An Orlando Florida based auto company, Exotic Rides has been building and customizing cars for the best part of two decades is planning to build a 600-horsepower supercar called the W70.

Australian automotive designer David Williams was tasked with designing the American­built supercar after the firm saw his renderings of what he imagined the LaFerrari would look like prior to its release in 2012.The renderings of the supercar makes us think that Williams used the Ferrari LaFerrari as the inspiration behind his creation. It’s a little more subdued than the LaFerrari, but a lot of the elements, including the shape of the headlights and the scissor doors are present in Williams’ design study. To be fair, the renderings make the W70 look like a bonafide supercar.

Under its hood, Exotic Rides announced that the W70 would be carrying a General Motors -sourced 7.0-liter LS7 V-8 engine that packs an impressive 600 horsepower. The size of the engine and the corresponding output number is right in line with what you can expect from a supercar. 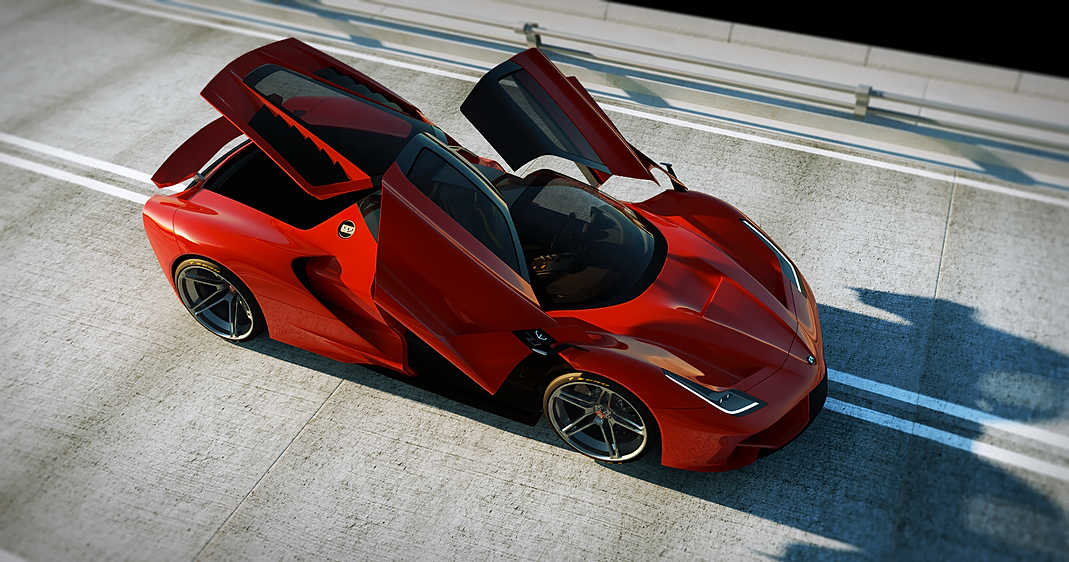 The iLIFT® system will automatically raise and lower itself to provide additional clearance for obstacles. There is a dynamic rear spoiler for creating required downforce and low drag area.

ER plans to unveil the W70 at SEMA later this year, and is already taking pre­orders.